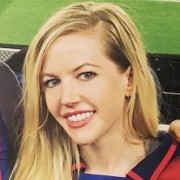 Many people think of Brazil as being a very dangerous place.  While the US is subject to frequent random shootings and acts of terrorism, Brazil’s safety issues are more along the lines of petty crimes and robberies.  Both countries are dangerous (and I might even argue just as much so), just in different ways.

Last week, my iPhone got stolen  – I was walking through the streets of Lapa at 6AM (after a night out) and a man subtly reached into my purse and grabbed it as he walked past me.  My purse was open (yes, I know, not the smartest idea!) — but only because there was so much stuff in it that I couldn’t even close it (not the best excuse, I know)! My iPhone was sitting on the top of my purse and therefore easily accessible. As soon as the sneaky thief took my phone, I noticed and confronted him, yet he played dumb and somehow got away with it – I didn’t think it was worth it to fight him off.  It was one of the most infuriating, frustrating experiences and it really makes me so angry that people get away with stuff like that. But the sad reality is that many Brazilians out there have become pickpocketing experts and you must always have your guard up when walking around.

Just a few days before, my iPhone almost got stolen when I was walking down a busy street in Copacabana, using Google Maps on my phone to navigate.  Someone came up from behind me and grabbed my phone; luckily I had a fairly firm grip on it, so the person did not succeed in his attempt and simply ran off.  But it was definitely an alarming experience.

Both the attempted robbery and the actual robbery were definitely wake-up calls for me. Sure, robberies and theft happen everywhere. But in a developing country like Brazil, there are certain things that you just cannot do and rules that you should abide by in order to not end up a victim.

As I found out, walking down the street with a smart phone out is a surefire way to get pickpocketed. I have been advised that if I need to use my iPhone, to step into a shop to use it – to never take it out on the street. But since most people (including myself) use their phones as cameras, this is unrealistic. If you want to take a picture of something, look around you first and snap quickly, tucking your phone away immediately after you use it. Likewise, be careful with other valuables, like DSLR cameras – keep cameras hidden away in bags, not swinging around your neck, as you walk around.

Close your bags and keep them by your chest

Second lesson learned: bags must always remain closed – and held tightly to you, not down by your waist, like mine was.  I spoke to another American girl who told me that her cell phone was stolen 2 times the first two months she was here – one time, she was kissing her boyfriend at Carnival and someone unzipped her purse without her knowing….and another time, she was on the bus and someone started talking to her to distract her and then reached into her bag to take her phone.  As she said, “they really are professionals here!” You have to remain extra vigilant, since most of the pickpocketers steal from their victims before they are even aware of what’s happening.  Keep your guard up and be wary of overly friendly random strangers who approach you.

Even if you are at a restaurant, you should not put your bag down on the seat next to you, which is something that I have always done in the past.  Apparently some chairs in restaurants come equipped with belts to which you can attach your bag, making your belongings less accessible to robbers.

Don’t bring out a lot of valuables

This probably goes without saying.  This is especially true though if you are going on a hike or to the beach – the hiking trails are often subject to robberies and the beach is frequented by mass robberies (referred to as arrastoes), where a gang of people will come to the beach and try to steal everything in sight.

One of his first weeks in Rio, my roommate made the mistake of bringing his iPad to the beach – next thing he knows, it was stolen – he did end up getting it back, but not without a fight (which is probably something that most people should not attempt…for obvious reasons).  If you do bring any valuables to the beach, don’t fall asleep or it’s pretty much guaranteed that you will wake up with less than you came with.  And if you go in the water, ask your neighbor to watch your stuff for you. This is common practice in Brazil.

Be careful at ATMs

Thieves often will rob you while you are at a traffic light; the best way to avoid this is to lock all car doors and try not to drive around deserted areas, especially at night.

Be smart with transportation

While taking a cab is a better option than taking the bus or walking home at night, even that has its risks. I have heard stories of people (mostly females) being raped or nearly killed by their taxi driver.  The only safe way to order a cab is to call for one – I’ve been told to never hail one off the street (as tempting as it can be in the wee hours of the morning).  If you do, ensure that the taxi is at least licensed (you should see a license sticker in the front window and the company name on the rear of the vehicle).

Don’t take busses after about 11PM – and if you do, make sure you sit towards the front of the bus, as close to the driver as possible (you should probably do this any time of the day).

Stay in the right areas

The Zona Sul, while subject to many petty crimes and robberies, is generally fairly safe, as long as you remain attentive.  Or as my mom always told me, “have that antenna up.”

Santa Teresa and Lapa are two of my favorite neighborhoods (the latter especially at night), but can be dangerous – don’t walk around Santa Teresa late at night (when the streets are more deserted).

Centro is perfectly fine during the day, but at night should be avoided.

The favelas get a bad rep, but overall, I found the ones by Zona Sul to be fairly safe (since most of them are pacified).  The majority of violence in favelas is actually caused by the corrupt police, not the drug traffikers as one might be led to believe.  If you want to check out the favelas (which are home to some of the best views and parties in Rio), I would recommend only going with a local or someone who has been there before and knows his or her way around.

This should go without saying, but it’s a good idea to stay clear of any area that looks deserted, especially at night.  And when in doubt, just call a cab.

But don’t let all of this scare you – While my personal experience has made me quite paranoid about being robbed, I otherwise must admit that I do feel pretty safe in Rio. If you keep you guard up and remain vigilant, chances are, you will be fine.