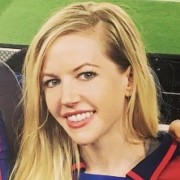 When many people think of Brazil, they think of beautiful, pristine beaches…carnival…festive music and dance…fútebol…

Brazil is all of that…and so much more. It’s an incredibly diverse and unique country filled with many cultural idiosyncrasies that might seem strange to outsiders.

After spending just over a year living in Brazil, I’ve found that there are a few Brazilian habits that every foreigner is almost certain to pick up (or at least witness) while living here. Here are 26 of them…

In the U.S., hitchhiking is illegal, and growing up, I was led to believe that hitchhiking was incredibly dangerous and frankly, just plain stupid (in fairness, maybe in the U.S. it is).

But in Brazil, hitchhiking is very common and generally safe (at least in Florianópolis and the safer cities of Brazil). So if you can’t get a ride somewhere, you’ll learn to just stand on the side of the road, stick your thumb up and wait for the first car to stop.

In order to blend in on the beaches of Brazil, a tiny bikini is not just preferred–it’s mandatory. Preferably one that shows off your tan lines (which in my case, are nonexistent!).

While it may feel uncomfortable at first to bare so much skin, you’ll soon find it liberating. And after some time, you’ll almost definitely prefer the more revealing Brazilian bikini style and will find it difficult to revert to those “fraldas” (“diapers”) that everyone else around the world wears.

If there are no other cars around, most drivers in Brazil speed through stop signs and red lights. This isn’t something that police will ticket drivers for either.

Tailgating and passing cars illegally is the norm in Brazil. And many drivers will come so close to hitting pedestrians or the cars in front of them that you’ll wonder how accidents don’t happen more often.

The first time I even knew that chilled red wine was a thing was when I was staying with a Brazilian family in Florida. They put red wine in the fridge and I thought it was the oddest thing…I thought that maybe they just didn’t know that red wine was supposed to be served unchilled!

But then I moved to Florianópolis and realized that everyone did it there too. Because of the warmer climate, Brazilians prefer to chill red wine prior to drinking it…and it’s actually pretty rare to see red wine served unchilled.

In Brazil, plans are made to be broken. So unless you make plans with someone at the last minute, chances are, whatever you had planned in advance is not going to happen.

After getting frustrated with this on more than one occasion, I’ve found that the best way to deal with it is just to make plans with multiple people because chances are, 3/4 of those people will cancel or flake in the end.

One thing that I really love about Brazil is the music. There are so many different genres: sertanejo, rock, samba, funk, forro, MPB (Musica Popular Brasileira)…and personally, I love it all. I also love that almost everywhere you go in Brazil, you’ll hear Brazilian music—not foreign or American music.

After living in Brazil, you will inevitably accumulate a large playlist of different types of Brazilian music–and you’ll wonder why it’s not more famous worldwide.

In the year and some months that I’ve lived in Brazil, I’ve had two iPhones stolen straight out of my purse.

You’d think I would have learned my lesson the first time, but many of these thieves are so smooth and slick that you often don’t even realize you’re being pickpocketed until after the fact.

I’m lucky enough that I was just pickpocketed both times–because just about every single Brazilian I have met has been robbed at gunpoint at some point in their lives. In many parts of Brazil, it’s not enough to be careful. You have to be super careful.

There are some places that are the exception to this (like Florianópolis and some of the smaller cities in Brazil), but in most larger cities, like Salvador, Porto Alegre, and Rio, you literally can never take your belongings out of your sight. Because the second you look away is the second that someone will rob you.

Want my two cents? Unless you are in Florianópolis or some of the smaller, safer cities in Brazil, make sure that you:

Brazilians have an obsession with cleanliness. They wash their hands numerous times throughout the day, keep their homes sparkling clean and brush their teeth about ten times a day.

Most Brazilians also shower at least twice a day. And during the hot, humid summers, many shower up to five times a day.

9. Greeting with a kiss

Like in Europe, the standard way to greet someone in Brazil is with an air kiss (or two) on the cheek (so no, not an actual kiss…more like touching cheeks and making a kiss motion).

But in Bahia (known for its incredibly warm culture) people will often give real cheek kisses–with lips involved and everything.

As a whole, Brazilians are very affectionate. There is a lot of kissing, touching and hugging that goes on between loved ones, family members, and even strangers.

Don’t be alarmed if a stranger lightly touches you on the shoulder or arm or if you see couples passionately making out in public.

And if you aren’t an affectionate person yourself, you might find it difficult to date a Brazilian (and vice versa). Or…you’ll just have to adapt.

11. Ending every conversation with “Beijos”

Brazilians are not only affectionate physically–they are also affectionate in the way that they speak to one another.

In Brazil, it’s almost rude to end a conversation and not say “beijos” (“kisses”).

If the relationship is more formal or professional, then you might hear “abraços” (“hugs”) instead. Although not always. It’s totally normal for doctors to say “beijos” to their patients, for instance (this has happened to me on more than one occasion!).

In the U.S., I’m pretty sure something like this would constitute as some form of sexual harassment or at the very least, be considered weird and creepy. Personally, I love it.

When I first moved to Floripa, I lived with a Brazilian girl for four months. She called me “flor” (“flower”) so much that I actually started to wonder if she thought that was my name. I soon realized that this was just her affectionate nickname for me.

So don’t be surprised if strangers (or friends) call you nicknames like “flor” or “querido(a)” (dear) instead of your name. This is just yet another Brazilian way of showing affection.

13. Eating avocado as a fruit

Okay, so technically, avocado is a fruit. But in the U.S., we treat it like a vegetable.

In Brazil, avocado is not something you’ll find in things like salads or sushi. Instead, it’s often treated more like a desert, mixed with condensed milk, sugar, chocolate syrup and the like.

Maracuja….pitanga…caju…cupuaçu…guarana…the list goes on. In Brazil, you’ll taste fruits that you never even knew existed, often served as juices.

When I was in Bahia, I tried a cacau caipirinha–basically composed of cachaça, sugar, cacau juice and cacau seeds….yup, the seeds that are used to make chocolate.

The other night, I was talking to a Brazilian friend of mine and was saying how, if I wanted to live in Brazil (or anywhere in the world), I believe I (or anyone) could find a way to do that. Screw visa regulations and all of that. No matter what it is, if you want something badly enough, you can make it happen. He laughed and said to me, “you’re so Brazilian.”

Because in Brazil, there’s an expression called “dar un jeito” (“find a way”). This expression sums up Brazilian culture in a lot of ways. Basically, if you want to do something, then you find a way to make it happen. You dá um jeito.

16. Throwing toilet paper in the trash can..not the toilet

In Brazil (perhaps like many other developing countries), you aren’t supposed to throw toilet paper in the toilet, since this can clog the sewage system. Gross, but yes, it’s supposed to go in the adjacent trash can instead.

In Brazil, time just moves a bit slower. People are very relaxed; you won’t see many people rushing around from place to place.

So as you can probably guess, Brazilians also aren’t the most punctual people. Everyone and everything always runs a little bit late, even business meetings. Although people do seem to be a bit more punctual in the South of Brazil (thanks to that European influence).

Bottom line: If you’re someone who’s always on time, you might have to adjust your schedule a bit in Brazil.

Brazilians make their coffee super strong and tend to drink just a little at a time, generally in small expresso cups. And often, there’s a lot of sugar involved.

Oh, and be careful if you order a cappuccino in Brazil. At most places, a “cappuccino” is not a cappuccino…It’s basically an incredibly sugary and chocolatey coffee drink. Don’t say I didn’t warn you!

19. Drinking beer out of small cups

In Brazil, it’s pretty much sacrilege to drink beer that is anything less than ice cold. So instead of drinking beer out of large glasses, Brazilians tend to drink beer out of small copinhos (cups). That way, the beer is still cold by the time you finish it. Genius, right?!

In Brazil, most women wax all of their nether parts on a regular basis (which yes, is incredibly painful the first time…but fortunately, gets less and less painful the more you do it.)

Luckily, this habit isn’t one that will break the bank. While in the U.S., a Brazilian bikini wax costs at least $50-$60 (and probably more with that damn tip that’s required!), in Brazil, I never paid more than a total of $10 USD for a Brazilian wax.

Brazilians are not the most direct people and generally do anything to try and avoid conflict.

For that reason, they will rarely flat-out decline an invitation. Instead, they will say “maybe” and then decline later…or just not show up. While in North American culture, this is considered rude, in Brazil, this is totally normal and expected. Ironically, it’s just their way of trying to be polite!

Oh, and if a Brazilian says “yes” to an invitation, then that really means “maybe” (see #5 for more on that).

22. Only texting via Whatsapp

If you aren’t a Whatsapp user before coming to Brazil, you definitely will become one while living here. And once you start using Whatsapp, you’ll wonder why you ever used any other platform to communicate.

In Brazil, agua de coco (coconut water) is omnipresent, especially on the coast. And it’s almost always served in the actual coconut (even in restaurants).

Warning: You’ll get used to drinking it this way and if you ever have to go back to bottled coconut water, it will probably be a tough adjustment!

I was once talking with a Brazilian who lived in the U.S. and found it difficult to adapt because of all the strict rules. Because in Brazil, rules are made to be broken. Granted, this probably helps explain all of the political mayhem too.

26. Not sweating the small stuff

Brazilians are a very laid-back bunch. After living in Brazil, that relaxed attitude will inevitably rub off on you–and you’ll wonder why everyone else around the world is so uptight and stressed all the time.